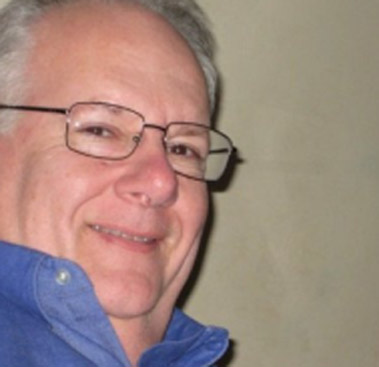 Bob, as he likes to be called, holds Electrical and Boiler Licenses in the States of Ohio and Kentucky. He also holds commercial HVAC and Refrigeration Contractor Licenses (and Journeyman’s where required) in Ohio, Kentucky, California, Arizona, Iowa, Oklahoma, and Utah.

While in college Bob tutored other students. When he entered his father’s business, Certified Service Center, it seemed a natural progression to design training programs to train new inexperienced technicians. Bob became the President of Certified Service Center in 1972 after his father, Fred, passed away. He vowed to continue the high code of ethics and high quality of service for which his father was known.

Certified Service Center (CSC) was the name of the family business. The company serviced only commercial cooking equipment initially, and after Bob joined the company it expanded into refrigeration service. CSC was the only company in the country that had the ability to hire inexperienced technicians and train them to be expert service personnel. Because of this expertise and the high quality of service performed by its trained technicians, the company became known as the best in the business.

CFESA (Commercial Food Equipment Service Agencies) is the trade association for companies involved in the repair of commercial food service equipment. Approximately 30 years ago, CFESA decided to design a national certification program. The first certification was for electric. The original test was based strictly on electrical code and did not prove that a technician was capable of servicing electrical cooking equipment. Bob, a member of CFESA’s Education Committee, questioned the reasoning behind the test questions and complained that it was not pertinent to the industry. The reason for the original questions was the lack of training materials to be able to study for the test. There were no study materials pertinent to the industry at that time. Identifying this as a major problem, Bob began the process of writing the first study manual for electric. The book was written based on the materials and information used in his own training classes. Approximately two years later, the original electrical manual was published, and the first pertinent certification test was designed.

The Education Committee determined that the next certification area would be steam. Once again there were no pertinent manuals available anywhere. Bob began the process of writing a steam training manual. From that manual the original steam certification test was designed.

Three of the manuals, Electric, Gas, and Steam are in their Second Edition. The refrigeration manual is in its Third Edition, and due to the rapidly changing industry a Fourth Edition will be released in 2018. The manuals are uniquely written. He has been told that reading the manuals is like sitting in a classroom. That unique writing design makes learning much easier. One of the teaching methods that led to Bob’s success as a trainer was to ask technician candidates in the classroom questions after material was covered. This let him know when technicians understood the material and when they didn’t. Each manual has similar type questions asked after every section to make sure the reader understands the important material. The answers to the questions are located in the back of the book.

These manuals are used today by service companies throughout the country to help train their technicians. They help prepare technicians for the various CFESA certification tests which Bob was instrumental in writing. Most of the material on the test is covered in the manuals.

Bob was the Vice President of Training and Technical Support at Service Solutions Group from 2003 to 2015. He continues training technicians in the classroom, in the field, and providing technical support by phone for Tech 24.